So where did all of this Occult Genetic knowledge originate from?

According to Scripture, it was before the great flood of Noah’s time.

“The Nephilim were on the earth in those days--and also afterward--when the sons of God went to the daughters of humans and had children by them. They were the heroes of old, men of renown”

There was so much GMO tinkering going on at that time that something drastic had to be done.

An Earth sterilization program was therefore set into place.

“And the LORD said, I will destroy man whom I have created from the face of the earth; both man, and beast, and the creeping thing, and the fowls of the air; for it repenteth me that I have made them” 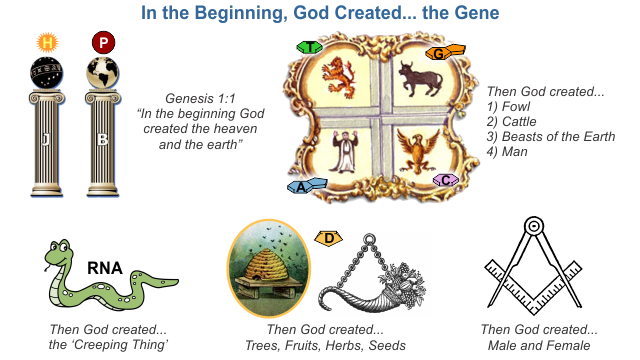 In other words… those that were “under the sea” survived. This is why in Revelation we hear of ‘Beasts rising out of the sea’… because what happened before, will happen again.

“Is there anything of which one can say, "Look! This is something new"? It was here already, long ago; it was here before our time”

Did the fallen angels escape the destruction by hiding under the sea?

Is someone trying to tell us something?

The demons begged Jesus, "If you drive us out, send us into the herd of pigs"

“And he said unto them, Go. And when they were come out, they went into the herd of swine: and, behold, the whole herd of swine ran violently down a steep place into the sea, and perished in the waters”

With all of the unprecedented Genetic tampering going on now… how much longer does the Human Race have before the next sterilization campaign occurs?