Continuing with our Power of Pattern Recognition theme, God has yet again blessed us with another revolutionary concept called The Two Witnesses…

There is much debate as to who or what these Two Witnesses are.

The answer is clear…

"I call heaven and earth to witness against you this day, that ye shall soon utterly perish from off the land whereunto ye go over Jordan to possess it; ye shall not prolong your days upon it, but shall utterly be destroyed"

The Two Witnesses are Heaven and Earth.

Of course it doesn’t end there.

Like the Godhead, The Two Witnesses are embedded all throughout Scripture within the Dispensation of Scales…

That is to say…

They can be found in the the smallest of things to the largest, as God opens our eyes to the World around us through ever increasing Technology and Information.

As Telescopes look farther and father, and Microscopes look closer and closer, God has a Revelation (Dispensation) waiting for us at every moment of our so called “progress” and “evolution”.

"That in the dispensation of the fulness of times he might gather together in one all things in Christ, both which are in heaven, and which are on earth; even in him" 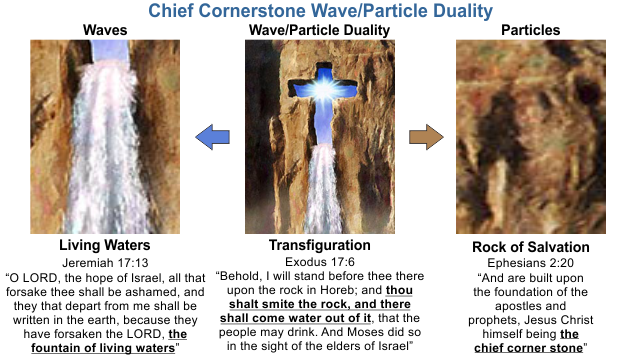 Concepts like these were unheard of a few hundred years ago, yet there they are.

Later, when we study the Godhead vs. the Atom, we will see this amazing duality at work.

Sadly, as Mankind’s Eyes are opened, the obvious warnings to potential consequences of this new found knowledge are almost always ignored.

Here is Heaven and Earth in relation to the Bible… 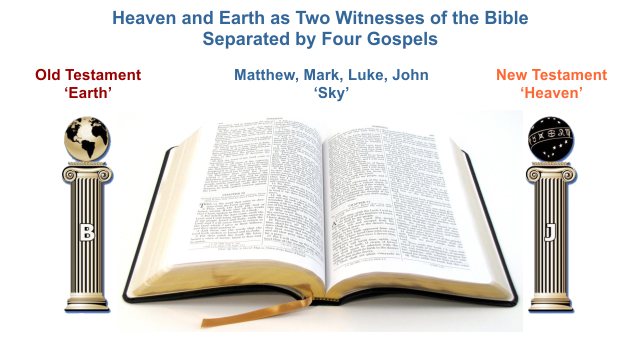 When we reach the DNA Scale portion of this study, we will see Heaven and Earth in relation to our corrupted DNA… 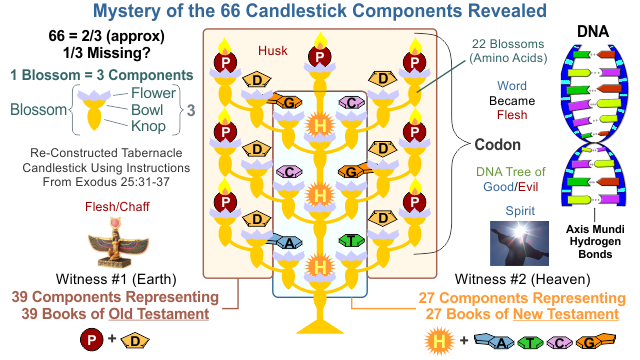 The Word of God grew and multiplied… 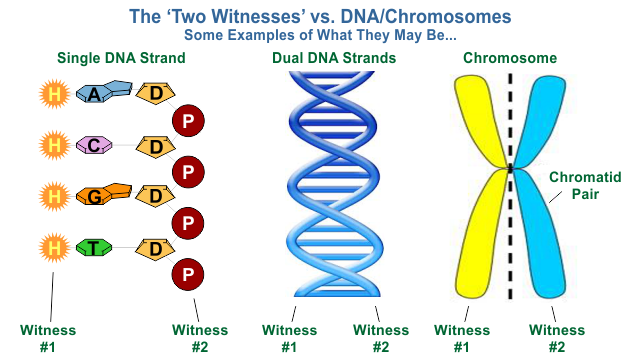 Remember when Moses made a Serpent and hung it on a pole?

Talk about an Inappropriate Wedding!

Sometimes there can be THREE Witnesses…

"This is the third time I am coming to you. In the mouth of two or three witnesses shall every word be established"

Often when this occurs, we have Christ in the middle and two Witnesses next to him.

One example would be of Jesus on the Cross with the Two Thieves next to him.

Another would be how Jesus is almost always accompanied by Two Angels when appearing in Scripture.

Here is one of my favorite examples of Three Witnesses…

Jesus is the Centromere or Center Candlestick mentioned on Zechariah 4 that binds the other Two Candlesticks/Olive Trees (Chromatids) together.

How many Two Witnesses relationships are there?

Grab your Secret Two Witnesses Decoder ring and find out!

Combined = Tree of Knowledge of Good and Evil

Combined = Serpent on a Pole

Please note that this is still a partial list and may change as we learn more.

Also note that the Two Witnesses can be found in just about very verse in the Bible, so it is impossible to list them all.

Use this as a starting point to make your very own list.