The story of Adam and Eve involves two trees. One is called “The Tree of Life” and the other… “The Tree of Knowledge of Good and Evil”.

Guess which one we were grafted onto when we were born? 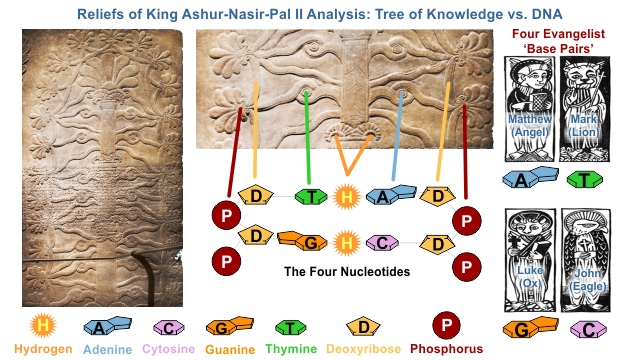 Unfortunately, we are stuck with the inferior one… complete with Serpents (Phosphorus/Lucifers) and sweet fruits (Deoxyribose)… 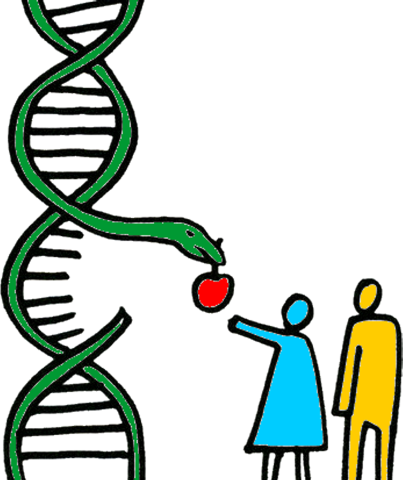 Thankfully there is an upgrade plan to “graft” us back into the Tree of Life.

Actually there are a few of them.

One can either choose the Jesus upgrade plan or the “others”.

Here are some verses regarding the Jesus plan…

“And if the people of Israel turn from their unbelief, they will be grafted in again, for God has the power to graft them back into the tree”

“You, by nature, were a branch cut from a wild olive tree. So if God was willing to do something contrary to nature by grafting you into his cultivated tree, he will be far more eager to graft the original branches back into the tree where they belong”

Doesn’t that sound a bit like Gene Splicing? The only caveat is that we have to wait until resurrection day to see if we qualify… which means facing death. 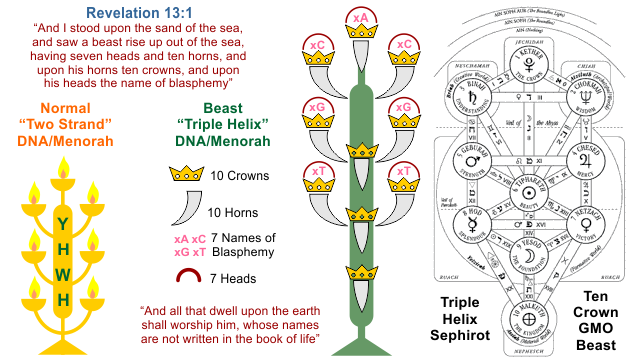 See that image on the right? That is called “The Tree of Life”.

Is it really though? Says who?

Its official name is called the Sephirot.

The circles are called “emanations”. There are ten of them. As in the number of Stones Lucifer is adorned with…

It’s also the number of God’s Commandments, which is the ‘strength of Sin’…

“The sting of death is sin; and the strength of sin is the law”

Let’s take a look at what Wikipedia has to say…

“Emanation, from the Latin emanare meaning "to flow from" or "to pour forth or out of"

It’s sort of like a Giant god ‘spurting out’ little baby gods… to put in in G-Rated language.

In other words… seeds.

In Kabbalah, or Jewish Mysticism, there is one Commandment assigned to each emanation or sphere.

Note that Kabbalah and Jewish Mysticism is exactly what God was trying to keep Israel away from when he brought them out of Egypt. Obviously, some of the teachings stayed with them.

“There shall not be found among you any one that maketh his son or his daughter to pass through the fire, or that useth divination, or an observer of times, or an enchanter, or a witch”

“Or a charmer, or a consulter with familiar spirits, or a wizard, or a necromancer”

Hopefully the reason why God wants us to stay clear of such things will become obvious as we continue these teachings.

The Ten Commandments are literally the Word of God… as in A, C, G, T.

"This is the meaning of the parable: The seed is the word of God” 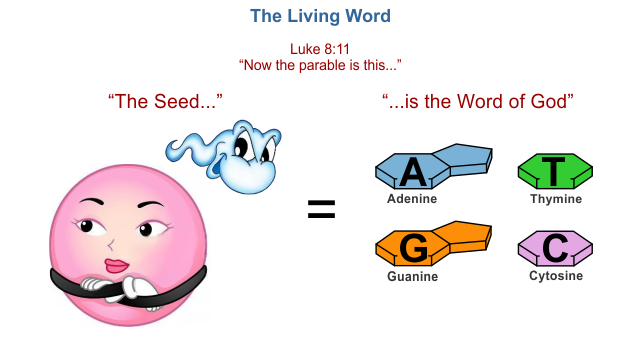 God literally “wrote” the Ten Commandments onto the “Stones”. Moses did not ‘chisel’ them in.

They were written on both sides like mating pairs…

In other words… instead of four Base Pairs (A, C, G, T) like we humans have, the so called “Tree of Life” has Ten Base Pairs… just like Lucifer!

So now whenever you see someone teaching about how wonderful the Sephirot is, you know they are talking about Lucifer.

Jews to this day celebrate Lucifer’s “Ten Stones” of the “Man 2.0 Second Temple“, by lighting the Nine Flames of the Chanukiah. Note that Gold, the material that the Chanukiah is made out of, is the Tenth Stone. 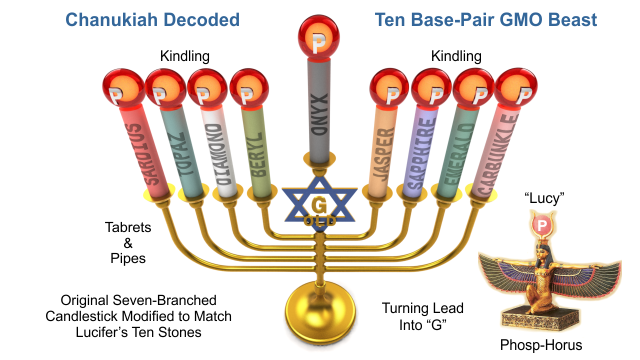 One final note about “eminations”. It also means “emissions”.

This gets a little “X” Rated. Get it? X as in Chromosome? Oh never mind.

“There she lusted after her lovers, whose genitals were like those of donkeys and whose emission was like that of horses”

So for all you kabbalists out there… hopefully someone explained this stuff to you before you dived into it. If they didn’t, then congratulations… you are now part of someone’s Magick experiment.

This is how the ‘game’ works, and why everything is a ‘secret’ or ‘mystery’. It’s so that *you* don’t find out that you are in fact a pawn.

When we finally get to the Book of Revelation, we will see the ultimate Alchemical conclusion to all of this with the "Ten Horns" as hinted at in my previous slide.

Perhaps some of you can understand the significance of the word 'inkhorn' in relation to the Ark of the Covenant...

"And the glory of the God of Israel was gone up from the cherub, whereupon he was, to the threshold of the house. And he called to the man clothed with linen, which had the writer's inkhorn by his side”