It’s now time to ‘part the veil’ and enter The Most Holy Place. Are you ready?

“Having therefore, brethren, boldness to enter into the holiest by the blood of Jesus, by a new and living way, which he hath consecrated for us, through the veil, that is to say, his flesh”

We are literally entering into the Cell Biology of Jesus by parting his flesh. Wow!

The moment Jesus died; the curtain was torn in two.

Could this be a picture of Cell Division? 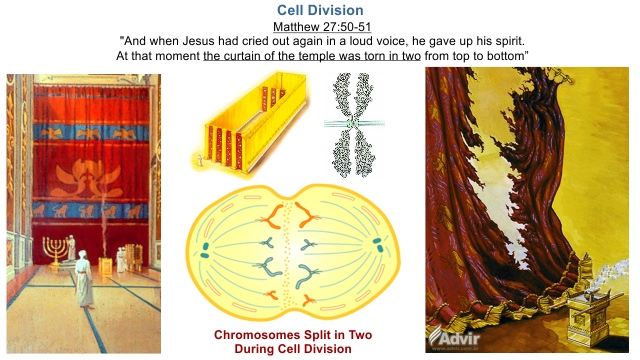 Or maybe a cell dying?

Compare this to what the Egyptians knew… 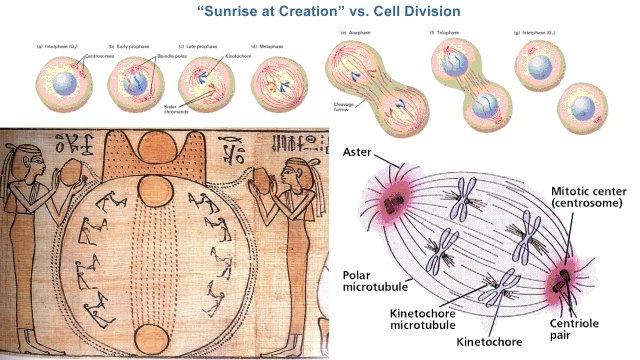 We are now standing in front of the Ark of the Covenant. Yep, just like in that movie Raiders of the Lost Ark… 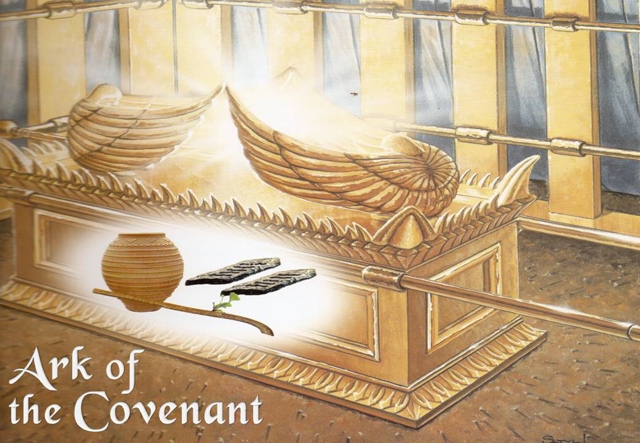 Inside of it, we see three items…

We will examine the first item, The Two Tables of the Testimony… better known as “The Ten Commandments”.

These originally started out as being “Stones cut without hands”. Where have we heard that before?

“Forasmuch as thou sawest that the stone was cut out of the mountain without hands, and that it brake in pieces the iron, the brass, the clay, the silver, and the gold; the great God hath made known to the king what shall come to pass hereafter: and the dream is certain, and the interpretation thereof sure”

Unfortunately, Moses “broke the law” and new ones had to be made… 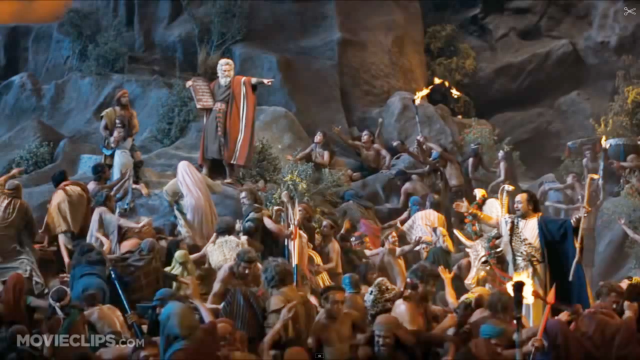 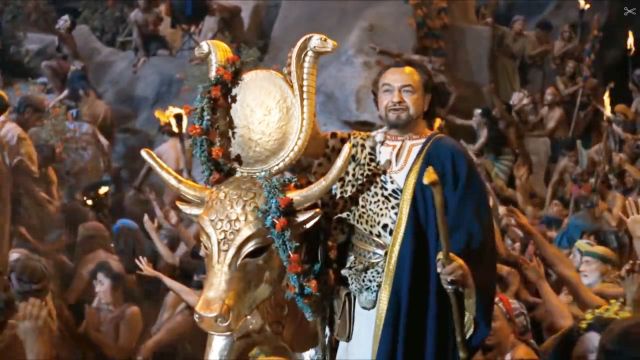 NOTE: See Isis/Hathor? They were worshipping her. Isis is the Golden Calf. I find it interesting that the Producers placed a Leopard skin on the actor standing next to the Calf…

The second time the Two Tables of the Testimony were made, Moses had to carve the stone himself. The Two Tables have now become stones cut *WITH* hands.

This is very important to remember.

The words, fortunately still come from God. They are literally “The Word of God”… just like

The ‘Words’ written in our ‘inward parts’ came from God… and not Monsanto or other laboratory.

“But this shall be the covenant that I will make with the house of Israel; After those days, saith the LORD, I will put my law in their inward parts, and write it in their hearts; and will be their God, and they shall be my people”

Note that the ‘heart’ of a Biological Cell is its Nucleus, where our DNA is stored.

We also know from Scripture that the Words were written on both sides of the tablets.

The Bible truly is the “Living Word of God”!

If we were to place the Word of God on the Candlestick, it would look something like this… 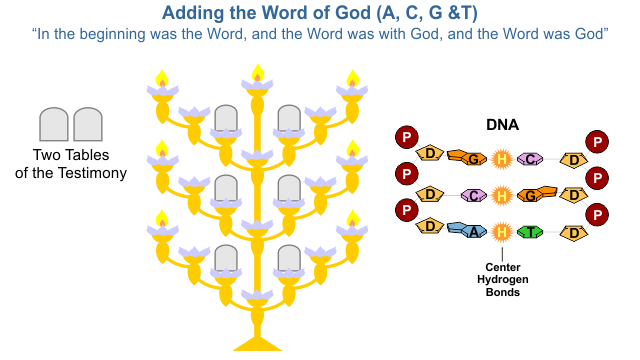 Scripture… as always… backs this up…

Remember, Jesus is the ‘Vine’ or ‘Trunk’ of the Candlestick. The ‘Word’ is right there with him.

I wonder if the remaining items will fit?